LGBTQ Youth at Risk of Polysubstance Use

Home / Uncategorized / LGBTQ Youth at Risk of Polysubstance Use

Blog / LGBTQ Youth at Risk of Polysubstance Use

LGBTQ Youth at Risk of Polysubstance Use 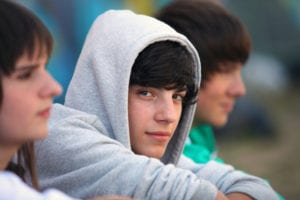 A new study reveals that young people who identify as lesbian, gay, or bisexual are at a higher risk of using substances such as alcohol, nicotine, and marijuana –as well as the use of three or more types of drugs, known as polysubstance use.

Researchers at Oregon State University analyzed results from the CDCs 2015 Youth Risk Behavior Surveillance System, which monitored key health and risk behaviors among 15,000 youth, including substance abuse. The survey was the first to include a question about sexual identity, giving researchers insight into how sexual identity might impact the use of addictive substances. The findings were published in the journal Drug and Alcohol Dependence.

For the study, the researchers focused on those who identified as lesbian, gay or bisexual. The goal: to better understand the intersectionality of sexual orientation, race and gender with substance use.

“This data shows definitively that polysubstance use is an issue among many youth who identify as sexual minorities, meaning they are facing added health risks,” Dr. Sarah Dermody, an assistant professor at Oregon State University, said in a press release. The study also found that certain groups of the sexual minority youth population were at more risk than others. For example, they found that bisexual youth faced the largest risk of polysubstance abuse, as well as combinations of two substances, while those who identified as lesbian or gay were only at an increased risk for some combinations.

Why are sexual minority youth at more risk? Dr. Dermody said stress from discrimination, violence and victimization rooted in their sexual minority status were likely culprits. “The findings suggest that it may be good practice for health care providers who serve these youth to do assessments for substance use as part of regular health screenings,” she said.

Addiction Help for Young Adults
At Seabrook, our young adult program provides a fresh start for clients ages 18 to 24 who are facing addiction disorders. Our holistic program addresses the underlying causes of substance misuse by treating both the disease of addiction and the psychological root of the problem. To learn more about our young adult track, call today: 877-326-2721.