Should Doctor Visits Include a Drinking Checkup?

Home / Uncategorized / Should Doctor Visits Include a Drinking Checkup?

Blog / Should Doctor Visits Include a Drinking Checkup?

Should Doctor Visits Include a Drinking Checkup? 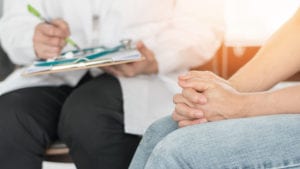 The United States Preventative Service Task is urging all primary care physicians to give adults, ages 21 to 64, a “drinking checkup” at annual exams. The goal: To screen for unhealthy alcohol consumption, which includes alcohol abuse or dependency and risky drinking. What’s more, the task force is urging docs to offer brief counseling for those who admit to drinking over the recommended limit. That means women who drink more than three drinks per day and seven per week and men who drink more than four per day and 14 per week. There is no safe level of alcohol for pregnant women, according to the National Institute on Alcohol Abuse and Alcoholism.

Roughly 88,000 people (about 62,000 men and 26,000 women) die from alcohol-related causes annually. In fact, unhealthy alcohol use is the third leading preventable cause of death in the US. Earlier this year the World Health Organization (WHO) reported that alcohol consumption is responsible for one in 20 deaths globally each year, killing roughly three million people annually. The task force is hoping this new recommendation will prevent these numbers from rising – or even help people cut down on drinking.

These recommendations are not new – just updated. Since 1996, the task force has recommended doctors screen and briefly counsel adults for unhealthy drinking and, in 1989, physicians were advised to ask patients to describe their alcohol use. Yet, sadly, only one in six patients report having discussed alcohol with their physician in the US, wrote Angela Bazzi and Dr. Richard Saitz, both of Boston University School of Public Health, in an editorial published with the updated guidelines.

Is Your Drinking Risky?
Here are some red flags that could signal you need help:

Help for Alcohol Use Disorders
Our New Jersey facilities offer a safe and supportive environment for you or someone you love to begin the journey toward lasting sobriety. To learn more about our alcohol rehab services, contact us today: 800-761-7575.