Recovery Success Stories to Inspire You

Recovery Success Stories to Inspire You 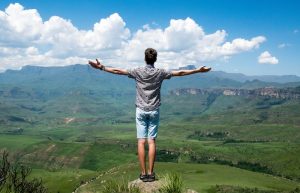 Although it often feels as though we’re alone on our sobriety journey, the recovery community holds many people just like us who have walked the same path and continue to thrive as a result. Sometimes, just knowing their stories makes taking one day at a time easier.

Finally Turning a Corner Toward a Better Life with Recovery

When celebrities share their tales of recovery, at first, we might think, “Well—they had it easy because of their money and fame.” But when you dig a little deeper, the truth comes out: they have to do “the work” just as we all have to, and we could possibly take away a little of what they’ve learned and add it to our sobriety tool chest. See if any of these resonate with you.

From the movie Apocalypse Now to the iconic television classic “West Wing” to numerous Broadway shows, Sheen has been a staple of entertainment for 50 years. And for nearly as long, he’s been sober. Through the years, he’s talked about how alcoholism so affected his health that he suffered a heart attack in his mid-30s. After medical treatment, he reaffirmed his Catholic faith and joined Alcoholics Anonymous (AA), and he attends AA meetings to this day. “My recovery is the single greatest accomplishment of my life. Without that, the rest of my life would have fallen apart,” Sheen reportedly said.

The international superstar and musician told Variety in 2019, “I’ve survived a lot of things. Life is full of pitfalls, even when you’re sober. I can deal with them now because I don’t have to run away and hide.” After decades of drug use and health issues, John sought treatment and has been sober for almost 30 years. He also prides himself on learning how to communicate. “What I couldn’t do when I was an addict was communicate, except when I was on cocaine…I have a confrontation problem which I don’t have any more because I learned if you don’t communicate, and you don’t talk about things then you’re never going to find a solution.”

Best known for her groundbreaking roles in “The Sopranos” and “Nurse Jackie,” Falco didn’t just play someone with an addiction on TV—she overcame one in real life. In various interviews, she’s shared how she started drinking in college to cope with her extreme shyness and for many years, simply didn’t stop. A rock-bottom moment was when she woke up after drinking heavily the night before and discovered she hadn’t even closed her front door after coming home. She’s been sober for decades since. Falco told ET that portraying a nurse with high-functioning drug addiction wasn’t her idea, “as that stuff’s way too close to me. I had a hard time with the idea of a comedy about addiction. I said to them, ‘If the last season isn’t about her going to meetings and getting help, she has to be dead at the end, so people know what it’s like.’”

Actor, director, and writer Affleck is all too familiar with how the tabloids covered his alcohol use disorder (AUD) and gambling addiction. So, he often tries to set the record straight about his treatment and progress—and how he didn’t want his addictions to affect his children. He told Harper’s Bazaar, “When my life got stressful, which principally had to do with the disappointment and the pain that the divorce caused my children, that affected me profoundly…I didn’t want to see them hurt. I found myself drinking more and more at night at home by myself. It was something I was doing to avoid dealing with painful feelings. My parents got divorced when I was young. I know how painful that is.” He now looks at sobriety as his second chance in life.

Celebrated New York Yankees pitcher Sabathia admits in his 2020 documentary, Under the Grapefruit Tree that in 2015, right before he entered rehab—in the middle of playoffs—he said, “Screw it, I am going to rehab anyway. Why not get drunk one last time?” And he did. But rehab saved his life. “It wasn’t hard to make friends and open up and talk about different things. You hear a lot of bad things about rehab, but my experience was great, maybe because I wanted to be there and get help.” Family continues to help Sabathia maintain sobriety, and his choice to do the documentary was simple: “Reliving that part of our lives was hard…but it might help somebody, so we put it out there. You never know when somebody could turn their lives around. The hardest part about facing addiction and alcoholism is actually facing it and telling somebody you need help.”

Write a New Ending to Your Life’s Story at Seabrook

If you or a loved one is searching for New Jersey rehab centers to help you discover hope and health, the Seabrook model might be just the place for your new chapter. Our evidence-based treatment programs help you learn the reasons for your addiction and establish new methods for healing and recovery. Built with community, continuity, and structure, your individualized treatment gives you the foundation of a purpose-filled life. Find out how we can help.