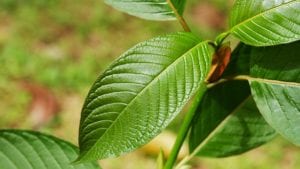 A new study shines light on another drug harming the lives of U.S. citizens – kratom. In the last six years, calls to U.S. poison centers related to the herbal drug have increased more than 50-fold. And the biggest spike occurred between 2015 and 2016.

What Is Kratom?
Kratom, also known as mitragyna speciosa, is a plant-based drug from Southeast Asia known for its pain-relieving abilities. Thai people have been chewing kratom leaves or sipping it in their tea for nearly 200 years to numb aches and pains, soothe fevers, treat diarrhea, manage diabetes and even alleviate addiction. In the last 10 years, the drug has made its way into the U.S., commonly in pill, capsule or extract form.

The U.S. Food and Drug Administration has issued a warning against using kratom, and the U.S. Drug Enforcement Agency has listed it as a “drug of concern.” Kratom is labeled as an opioid and has not been approved for any medical use by the FDA.

The Dangers of Kratom
According to the new study, published in Clinical Toxicology, poison centers are receiving nearly two calls a day and hundreds of cases a year concerning kratom exposure. Roughly a third of the calls required hospitalization, and more than half resulted in serious medical outcomes. Researchers also identified 11 deaths linked to kratom use – two from kratom alone and 9 from the use of kratom alongside antihistamines, alcohol, benzodiazepines (such as Valium or Xanax), caffeine, fentanyl or cocaine.

Kratom is being promoted as a safe alternative to opioid painkillers – but “just because it’s natural it doesn’t mean it’s harmless,” researcher Henry Spiller, director of the Central Ohio Poison Center at Nationwide Children’s Hospital in Columbus, told HealthDay. “A lot of people have been Google-searching it for use in chronic pain and other things, and we’ve started to see a really significantly increased use and, in many cases, abuse of it.”

While low levels of kratom act as a mild stimulant (like caffeine), higher doses can have sedative properties similar to morphine or opioids. Taking too much kratom has been linked with numerous health problems including:

What’s more, some proponents claim that kratom can even help with opioid withdrawal, minimizing symptoms like fatigue, pain, depression and anxiety. Many addiction experts note, however, that by using kratom to aid in opioid withdrawal you’re simply replacing one addiction for another. People can become addicted to kratom and eventually turn to heroin or prescription painkillers for more potent effects.

The bottom line: “There are very few ‘cure-alls’ in the medical world, and anything that claims to alter an individual’s mental state should be taken with the utmost seriousness,” Dr. Teresa Amato, chair of emergency medicine at Northwell Health’s Long Island Jewish Forest Hills in New York City, told HealthDay. “We, as doctors, are unable to tell patients how this ‘medication’ might affect them and cannot in good conscience advise the use of this medicine without a thorough FDA investigation.”

Treating a Kratom Addiction
Due to the similarities between kratom and other opioids, treatment approaches for these addictions are often the same. If you or someone you love has developed a dependency on kratom, don’t wait to get help. Contact Seabrook today to learn how to live a healthy, opioid-free life. Call: 800-761-7575.