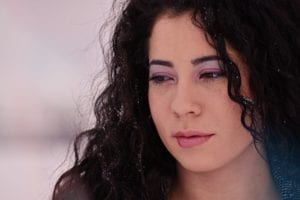 Middle-aged American women are dying from opioid overdoses at an alarming rate, according to new data by the Centers for Disease Control and Prevention. Rates of drug overdoses have quadrupled between 1999 and 2017, rising from seven out of every 100,000 in 1999 to 24 per 100,000 in 2017. And rates of fatal ODs from opioids, specifically, rose nearly sixfold among women ages 30 to 64, with the steepest increase among those 55 to 64.

While experts blame the rise on prescription opioids, they also note that fentanyl-laced heroin (fentanyl is 50 times more potent than heroin) is a contributing factor.

“Cheap, illicitly manufactured fentanyl from China and Southeast Asia is making its way onto the streets in the U.S.,” Dr. Robert Glatter, an emergency physician at Lenox Hill Hospital in New York City, told HealthDay.

The CDC data revealed that deaths linked to “synthetic opioids” – which include fentanyl – rose about 17-fold during the study period. Heroin, Valium and Xanax or another benzodiazepine drug were also linked to steep increases. In general, overdoses often involved multiple drugs.

Why Women Are More Vulnerable
Women face unique challenges when it comes to substance use disorder and treatment, including becoming addicted faster with less drugs and more intense symptoms of withdrawal than men. Many women also have less access to care because of family responsibilities, child care considerations and financial disparities.

So what’s the solution? Kirane said there are three crucial steps for preventing overdoses among this groups:

Ask About Our Medication-Assisted Treatment
Women with physical and mental opioid dependency can experience strong cravings for the drug and become ill when trying to quit the drug alone. These intense withdrawal symptoms can make it especially challenging to recover from an opiate dependency without professional help. To learn how our medication-assisted treatment can help you or someone you love, call today: 800-761-7575.